You come into my house

You come into MY house, into my ROOM, into my very own BED, in MY town, the one I GREW UP in, back before my BRAIN was fully developed, back before I had PERSONHOOD and AGENCY, before I LEARNED I could do ANYTHING, before I REALIZED how much of the FUCKING WORLD is a goddamn sham, a fake glass wall that you just THINK is there but when you reach out to TOUCH it there’s NOTHING, nothing but the emptiness of a broken promise and a little NOTE from GOD saying "it was all a lie. everything except for this. make the best of it," do you?

when i wake up, after instagram and peeing, in that order, and cleaning up after last night’s drunk people in the kitchen, myself included, I think a lot about leucotomies.

a leucotomy, more commonly known as a lobotomy, is when a doctor takes a stake and smashes it through the space between your eyebrows, stirring to scramble your prefrontal cortex. there are two methods of doing this: transorbital, and low-and-slow. in a transorbital lobotomy you turn the heat to high, seasoning the pan with any neutral oil (I prefer evoo) and toss in pan, for just one minute. the brain continues to cook off heat. in a low-and-slow lobotomy, creaminess is the name of the game — it’s closer to a custard than anything. use low heat and constantly stir to avoid curdling. you can add milk and butter if you want.

people who have these procedures done go on living their lives, but their personhood is severed. they don’t laugh at the jokes they used to. they don’t listen to the same music. they don’t even like, follow, and share the same grams (though thankfully they are able to continue posting). a lobotomized person is worth 60% less in revenue to an advertiser. they spend less money because they don’t have desires for products. they don’t have insecurities. they don’t have gaping holes that they try to fill with consumerism. its just them and the flavor of the day. them and sitting around, just sitting. them and going on walks. them and how-do-i-cook-my-next-meal.

if I got a lobotomy I would want it to be low-and-slow. i like to imagine the doctor gently severing the connections in my brain. the fear of rejection, of failure, everywhere society has disagreed with me, the rash of strange alienation, all melting away as I cook. and then we eat.

How to hang a shelf

I purchased these shelves to mount on our bedroom wall so that we could put some plants there and clear up space on the desk.

a) Drill a small “pilot hole” just smaller than your drywall anchor. Then hammer the anchor into the hole, and screw the screws into the anchor. The anchor splits apart as the screw goes in, adding stability. This kind of anchor is called an “expansion anchor.” 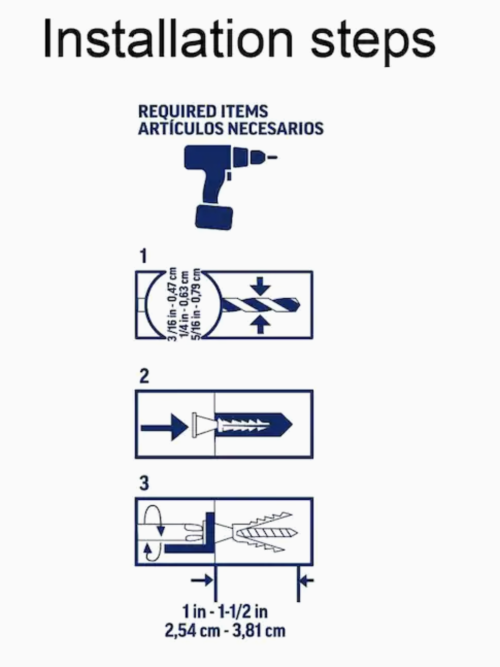 c) Skip the drywall anchor and just screw your screws right into the wall. This can be okay but it’s best practice to use the anchors, especially if you want to make sure the shelf won’t fall in the future.

d) Use a stud finder to find where the studs are, then drill or nail into the stud, which will be sturdier than drywall.

I initially went into this small project thinking it would be very simple, but once the pieces arrived I found myself questioning basic things, like “do I need to drill a hole before I insert screws?” “are studs made of wood or metal?” and “is there a standard width of screw?” So I think it’s probably smart to double back and revisit basic handy things to cement my understanding, because it is useful to be able to assemble shelves. 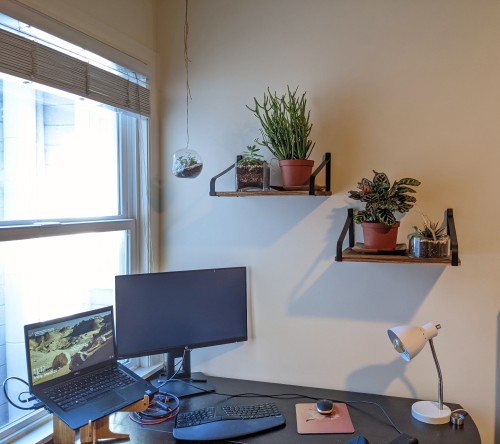