The aesthetic of minimalism is making a comeback. 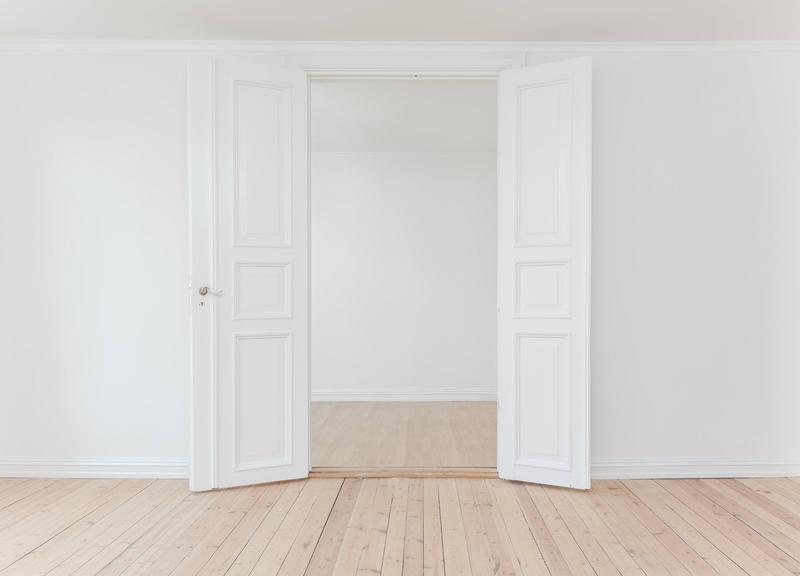 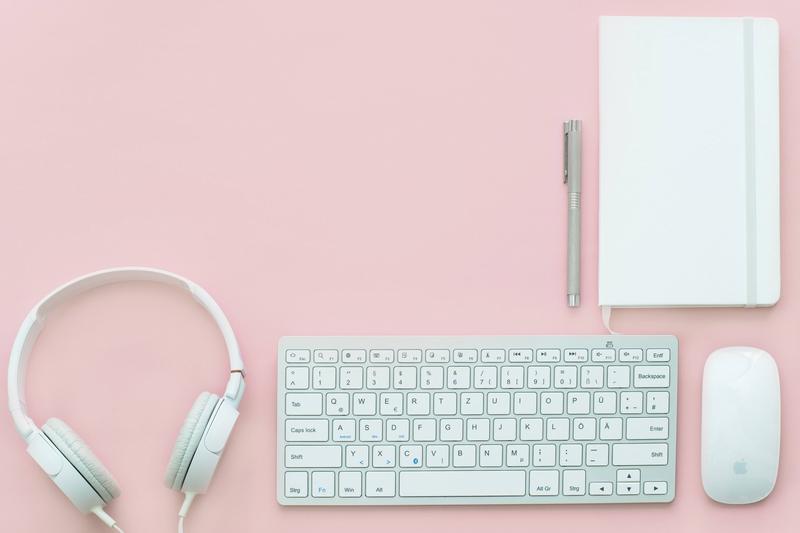 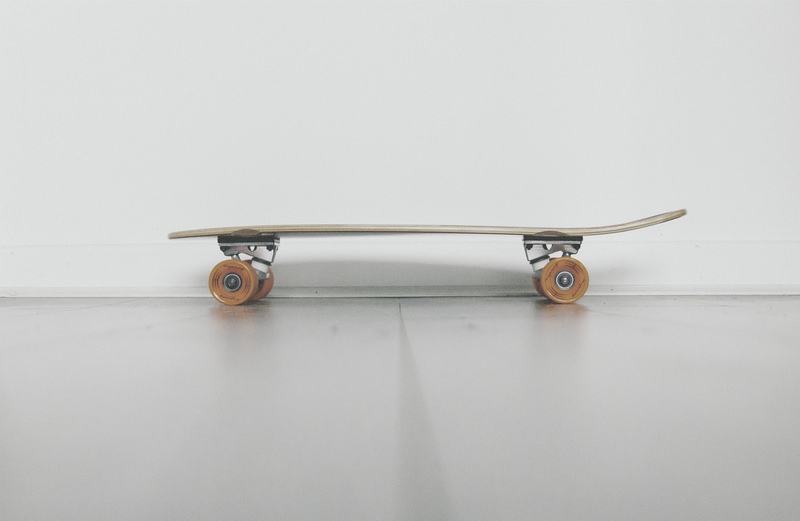 Minimalism helps us focus on what we find important in a world filled with mindless consumerism. It’s linked to simplicity, zen, and modernity. But is it really a mindful way of living life with a smaller footprint, or an attack on the poor, a performance art for the rich, and a luxury product?

What about the aesthetic of clutter? 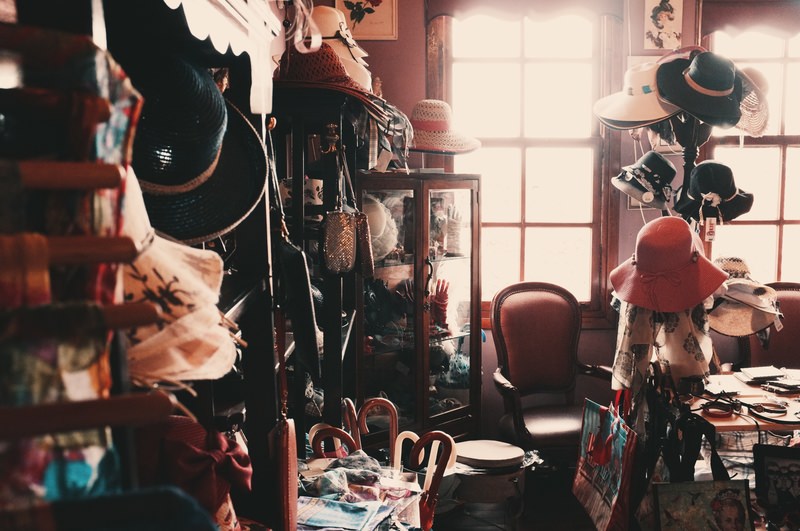 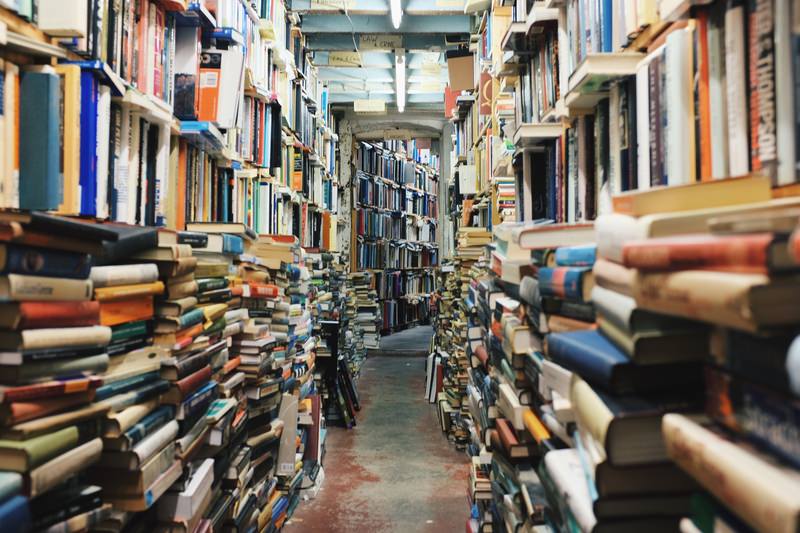 Clutter makes us feel cozy and gives off the impression that a space has a meaningful past. We keep artifacts because they are important, so if we have a lot of artifacts then that should reveal how much importance we find in our lives. Clutter is linked to wisdom, personality, and history.

I myself prefer the look of clutter. When a room is too clean I feel less comfortable, as if my presence is contaminating some unspoken curated sanctity. When instead a room still holds the ruins of past art projects, it invites me to join in with my own art.

One free weekend last summer, my brother and I decided we wanted to walk around the city, and we visited Ghirardelli Square. It was a warm day for an optional adventure which didn’t call for any research, just shoes and a sun hat that I didn’t bring. The square is ostensibly meant to be like a village square, except named after a large Swiss chocolate corporation owned by another large Swiss chocolate corporation which makes five million dollars in profit every year. It’s a tourist attraction, which can mean many things. Sometimes it means that if you complete the hike you will find a clearing atop a mountain in which you feel at once surrounded by trees and no people, and sometimes it means that local performers rehearse at night after work to put on a spectacular show of music and fire. In this case it means that there are tables at which you sit and eat food you just bought, and stores in which you buy snow globes that say SAN FRANCISCO on the bottom lip, and people fill the space like cherries in a bowl, and most people are smiling especially the kids. Historically, a village square would have been a place for merchants to buy and sell goods during the day, and a place for dancing, theatre and storytelling in the evening. Ghirardelli Square delivers on half of this promise, and people love the restaurants, wine tasting, and pastries for sale there. And in our capitalist society that’s what a square is: a place where people gather to purchase and sell goods. Of course, historically, the village square became the place for merchants to sell because they were also community centers, entertainment centers, and city centers. But a fire needs kindling only to start, and once it gets going can feed on large logs of wood. Consumerism fuels the fire of today’s Ghirardelli Square, and this is okay because often we have separate community centers, entertainment centers, and city centers.

The second annual woman’s march was last week, and if you bought a hat instead of making your own then you participated in the commoditization of feminism. If you made your own, then good for you, you’re a DIY feminist. Does that feel like a weird thing to get praise for? A weird thing to get criticism for? Cute local bookstores put up a box of pins and I eat that shit right up because I’m always looking for badges that will help me organize my multitudes into little boxes. One of the pins says “Capitalism kills” and I pay $2.50 for it because I don’t understand irony and we are all complicit in the system. It doesn’t matter whether you’re buying useless shit you don’t need or clean lines and empty tables, you are still buying and the aesthetic still sells out. And the trends will change and you will continue buying without realizing it. CVS will jack up the price of markers and cardboard before protests. Amazon will show you a T-shirt for whatever social movement or identity you’re looking for because the important thing isn’t what’s printed on the shirt, it’s the goddamn receipt that I ask them not to print out because I care about the environment, hence my Mother Earth T-Shirt.