A parody of the NYT Spelling Bee game which uses only plausible but fake words.

The New York Times Spelling Bee is an anagram-ish game in which users use the given letters to form words. The middle letter must be included in every word.

In order to evaluate how plausible a given made up word is, the Spolling Bree has used several different models. As a baseline I trained a simple statistical model on character trigrams from English words. One improvement made upon this model is an RNN with GRUs which I’ve trained locally. (This is the model that is currently deployed.) 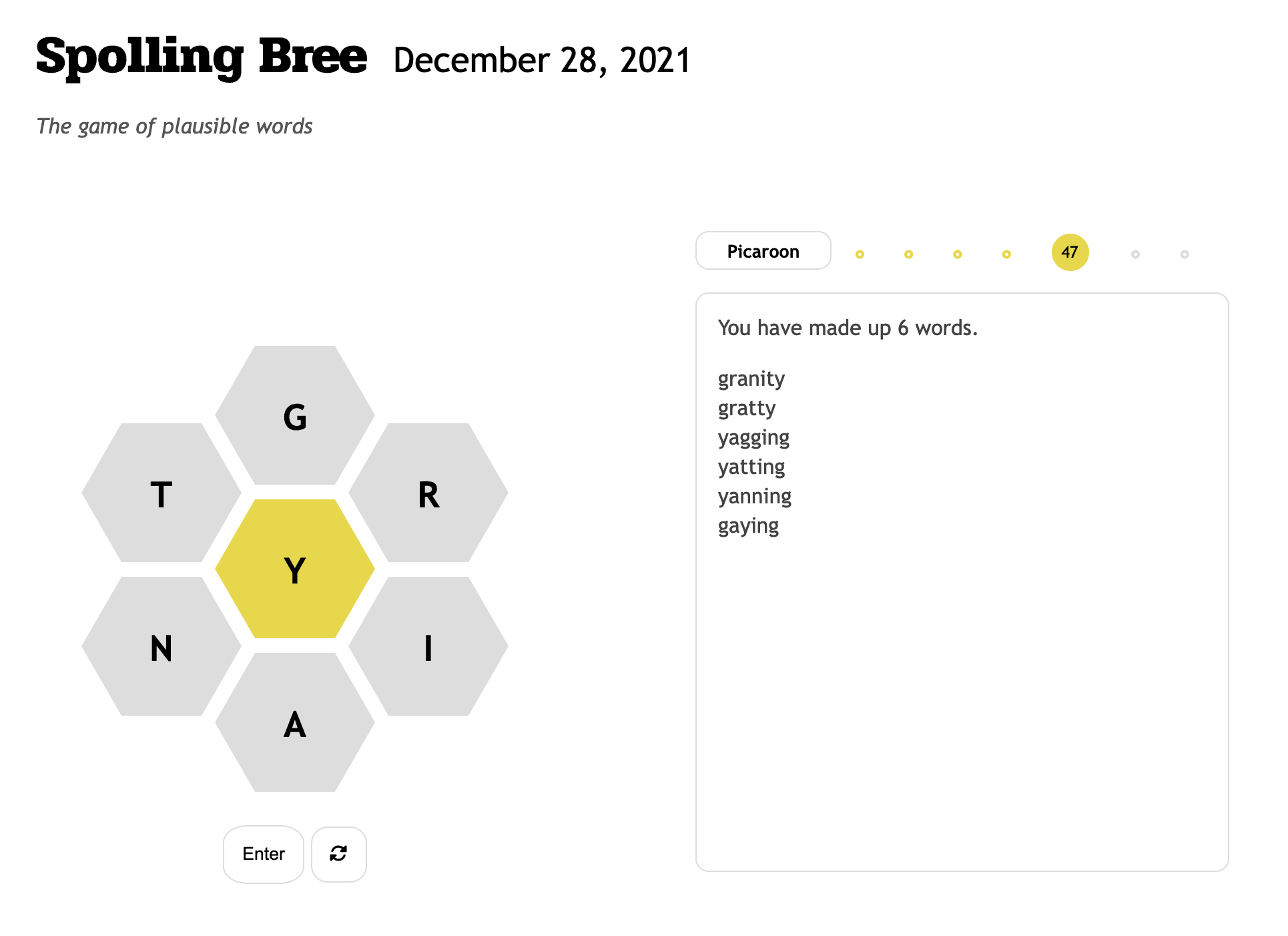 The source is available here.