A cheap and playable prototype that allows you to create poetry that is simultaneously music.

The musical stenotype was prototyped for the Hindes 2022 Prototyping Festival at the Exploratorium. It combines a MIDI keyboard along with stenography theory to produce novel compositions. 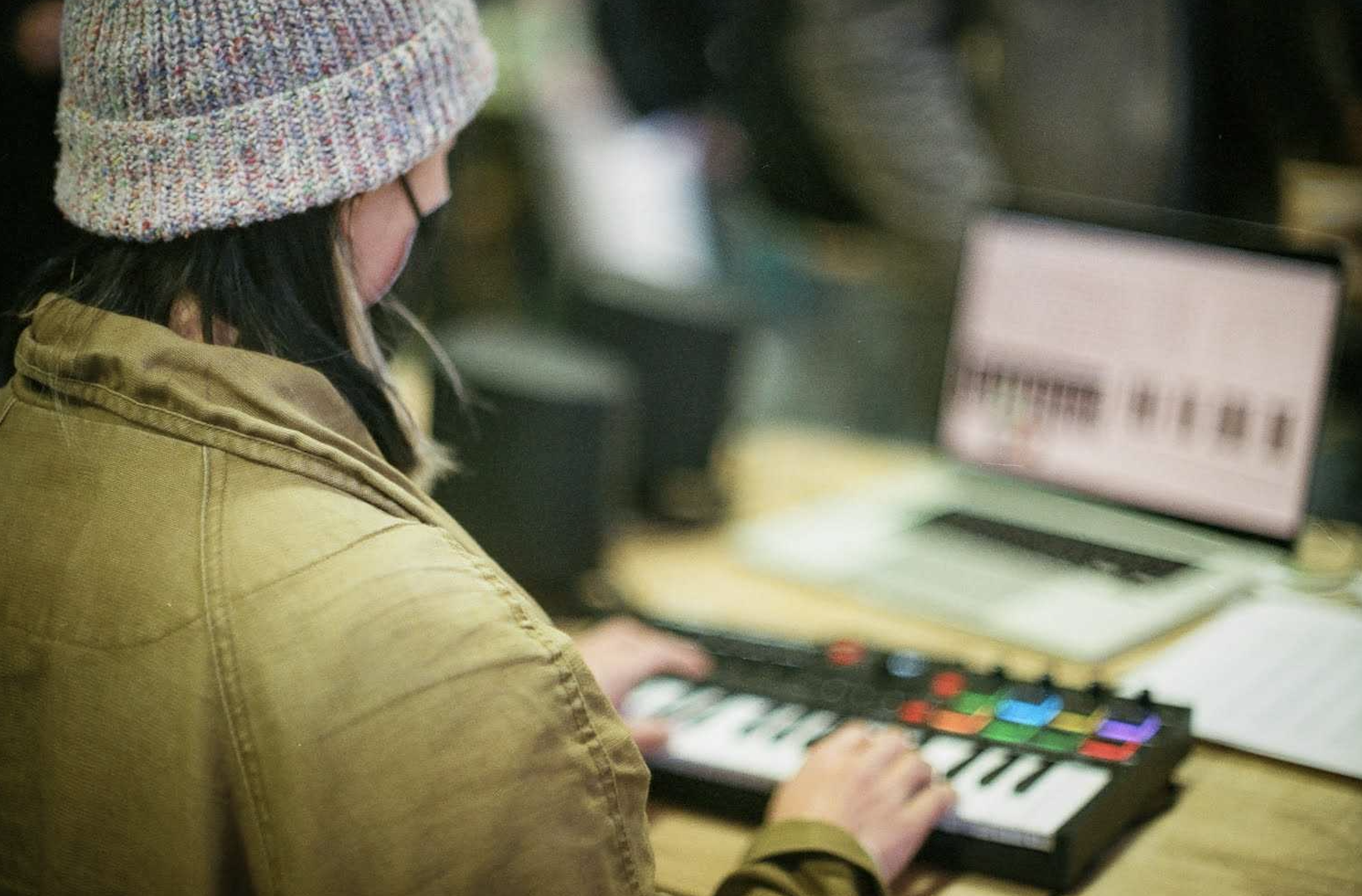 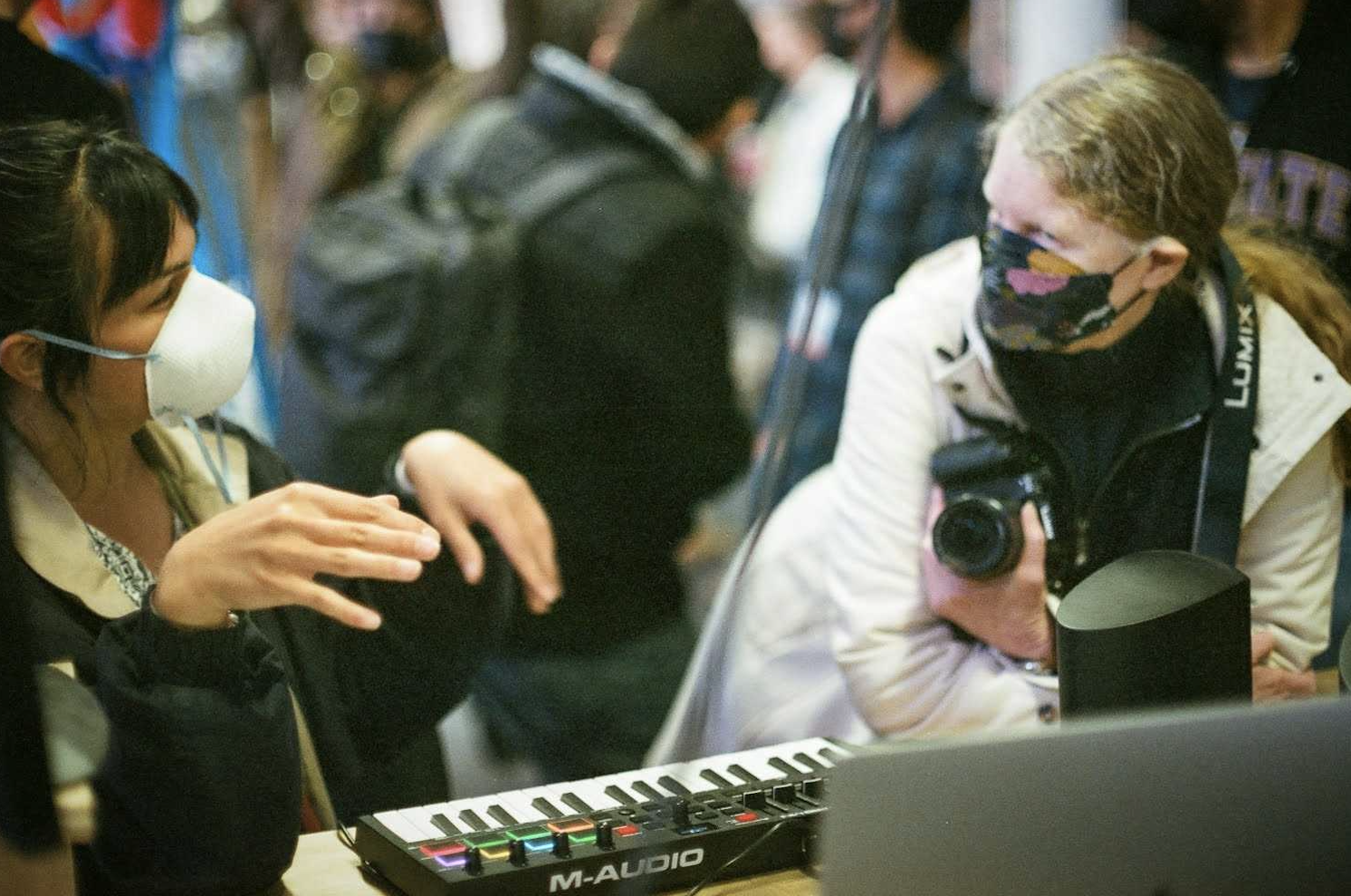 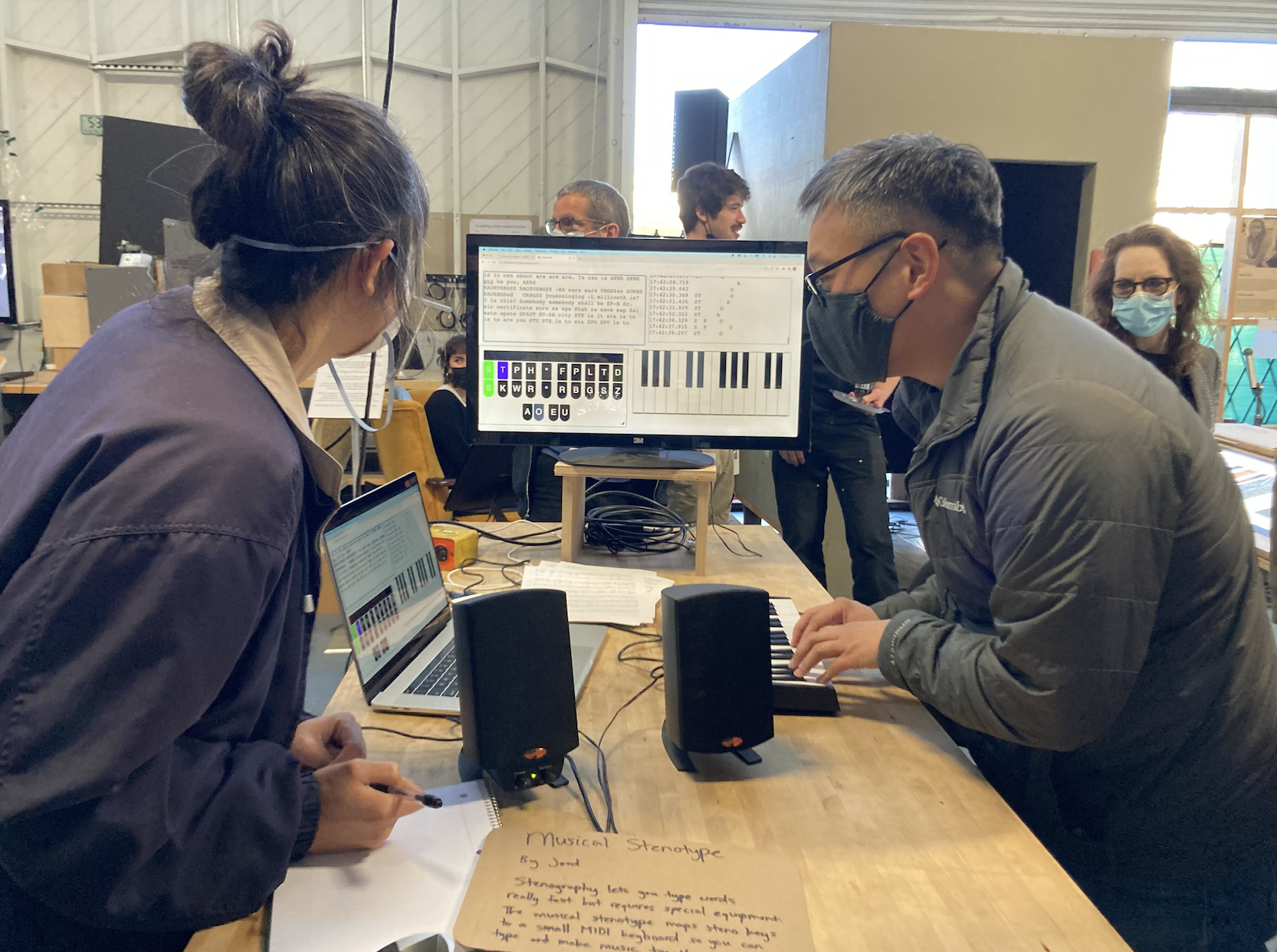 A stenotype is a specialty keyboard commonly used for courtroom transcriptions and live captioning which allows typists to achieve 200-300 wpm speeds. This is achieved through typing multiple keys at the same time. Specifically, the left hand types sounds at the beginning of a word, the thumbs type sounds in the middle of the word, and the right hand types sounds at the end of the word, all simultaneously. To type the word “cat” for instance, you would hold down a K on the left, an A in the middle, and a T on the right, and when you let go of the three keys, the word would be inputted.

Unstressed parts of a word can also be omitted, allowing you to type multi-syllabic words in a single stroke.

For the missing letters on the keyboard there are special key combinations. For instance, pressing E and U together gives you I. Pressing TKPW gives you J. Stenographic theory is customizable and tends to be a combination of phonetic rules and memorization. 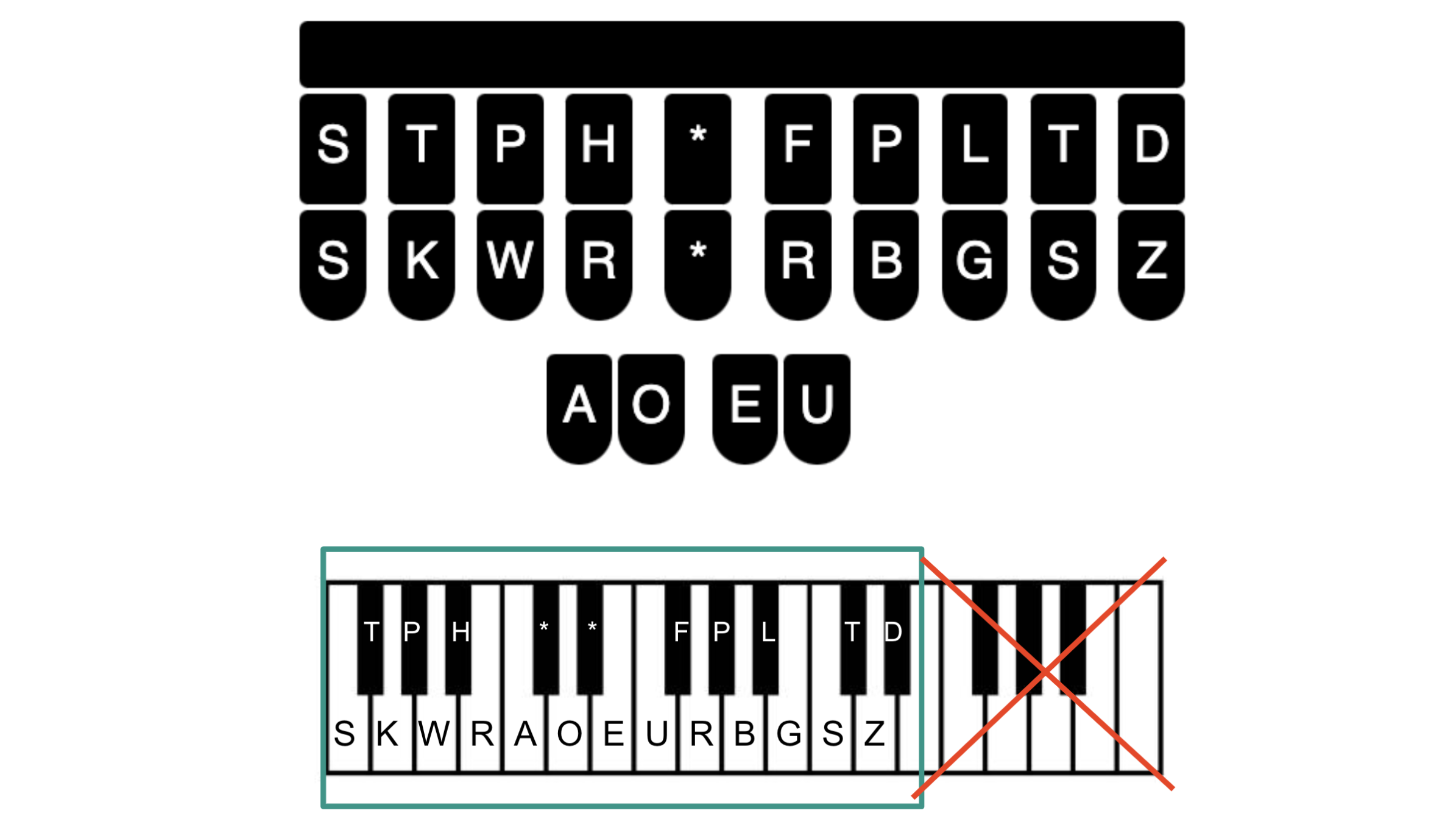 Now we have a cheap playable USB stenotype. As an added bonus, each keypress also plays a piano tone which means your brain forms more associations as it learns to type. You might notice that a word is misspelled when it doesn’t match the musical chord you expect.

Since steno is mostly phonetic, chords which sound similar produce similar sounding words. If you play two chords where the left hand is slightly different, you get two words with similar ending sounds but different beginning sounds. In other words, rhyme. Similarly two chords where the right hand is slightly different gives you words with the same beginning but different ending, which results in alliteration.

In this way, the musical stenotype now allows you to compose pieces that are both poems that you write with steno, and musical pieces that you listen to.

Watch my steno poem “Human being” (or watch the live version with talk). 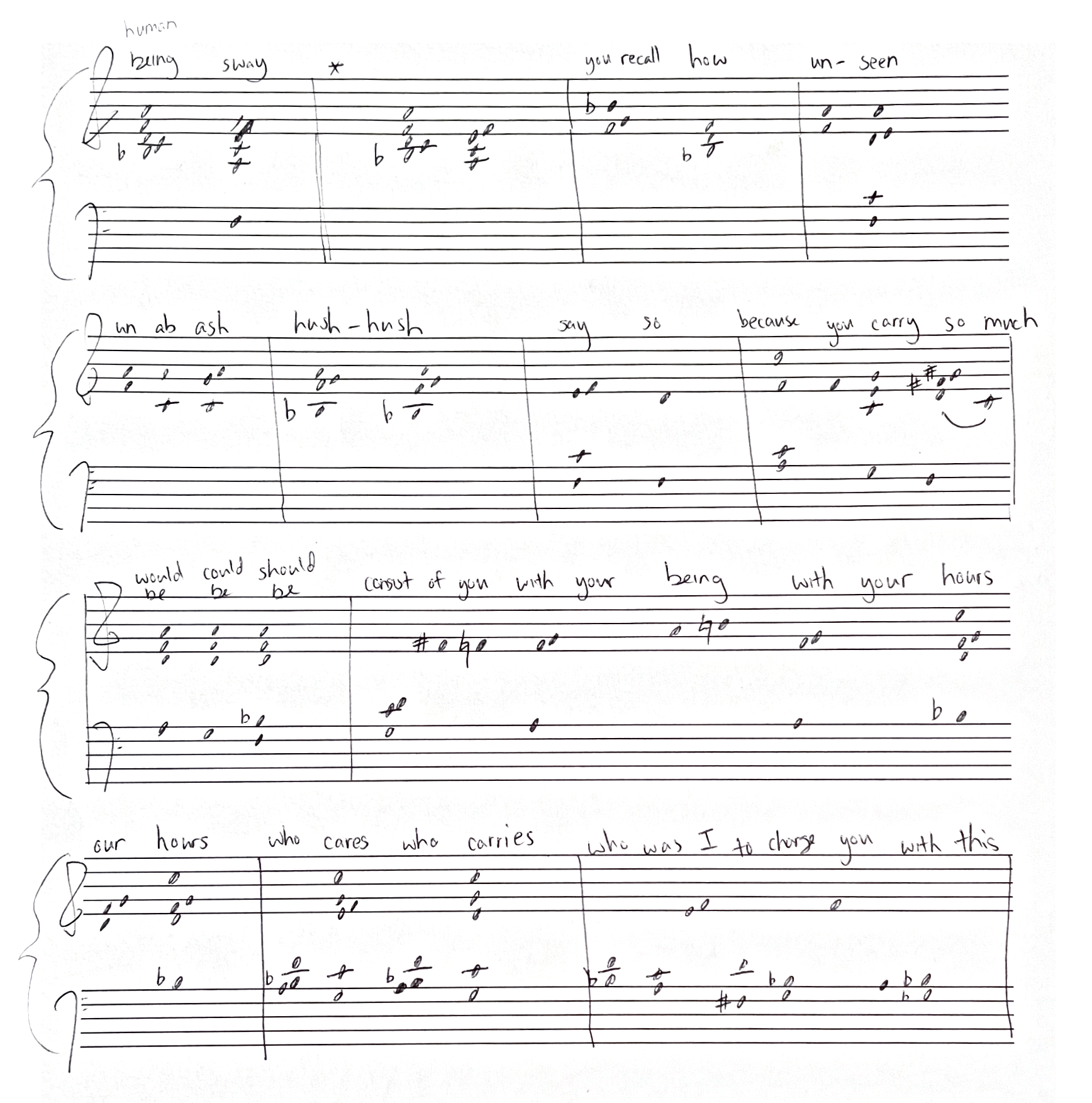 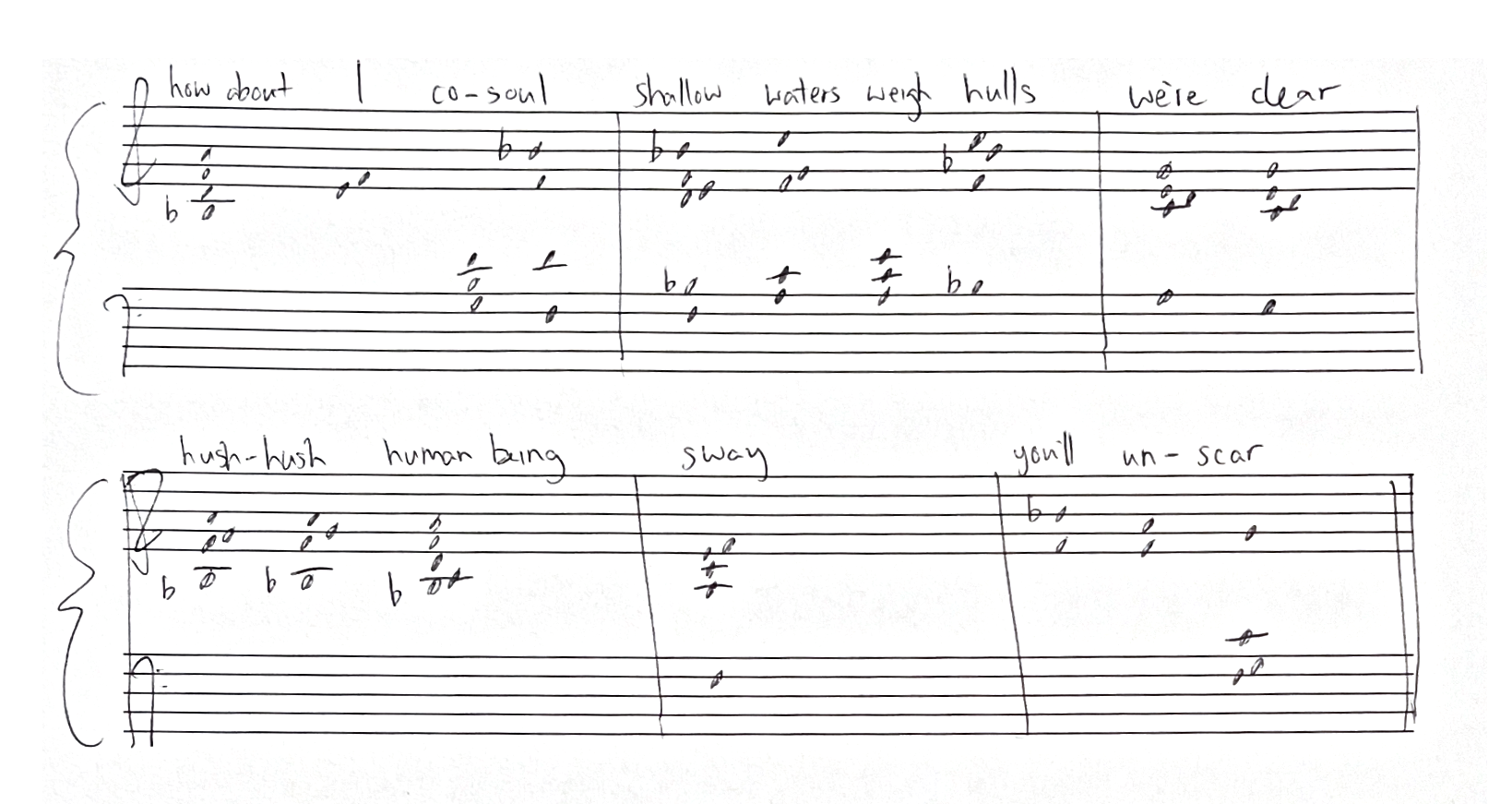